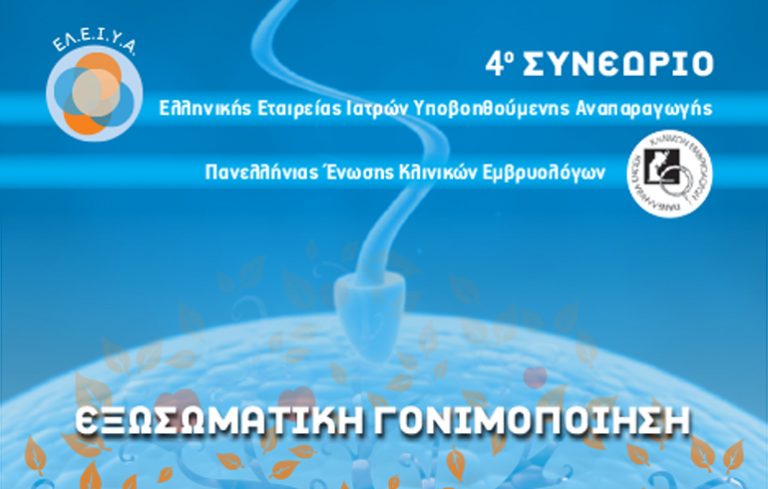 Cryogonia, always at the forefront of scientific developments, participated in the 4th Conference of the Hellenic Society of Doctors in Assisted Reproductive and the Panhellenic Association of Clinical Embryologists held on February 20-23/2020, with two presentations:

The Director of Cryogonia, Dr. Lina Evgeni, gave a speech on “Oxidative Sperm Stress: A Modern Approach to the Assessment of Male Infertility”
Despite advances in medically assisted reproduction methods, even today 30-80% of male infertility cases remain unexplained or idiopathic. In the context of the laboratory investigation of these cases, a modern approach focuses on the search for correlations with the presence of oxidative stress (Male Oxidative Stress Infertility – MOSI).

Although some oxidizing agents are necessary at low concentrations to perform normal sperm functional processes, their excessive presence and/or lack of antioxidant protection can lead to the condition characterized as Oxidative Stress (OS). OS causes severe cell damage to key sperm structures, such as membrane formations and the DNA of the nucleus and mitochondria. Therefore, its presence has been associated with deteriorating sperm quality, which is presented as low motility, low acrosome reaction ability, increased sperm DNA fragmentation and is adversely reflected in fertilization rates, embryo quality and the ability to achieve a full term pregnancy.

Special attention is recommended by international scientific organizations in the therapeutic use of antioxidants (European Academy of Andrology, European Society for Human Reproduction and Embryology). Their application must be targeted, after the presence of OS has been evaluated by specialized laboratory testing, in order to avoid the risk of excessive antioxidant load, which leads to the equally negative fertility status of Reductive Stress.

In her presentation, Dr. Lina Evgeni pointed out the above issues, substantiating her arguments with scientific conclusions drawn from the laboratory data of Cryogonia during the last two years.

Sperm donation is an act of generosity and social contribution, with the aim of offering infertile individuals a valuable lifetime gift: starting a family.

Candidate donors are usually young healthy people, with no history of transmissible genetic or hereditary diseases. However, only a small percentage of the original candidates (<10%) is finally accepted in the donation program. The main cause of rejection is low sperm quality.

Retrospective analysis of the semen parameters of candidates who expressed interest in participating in the sperm donation program of the Cryopreservation Bank “CRYOGONIA” over a period of 9 years (2011-2019) showed that in total the average values of conventional seminal parameters are found within the reference ranges, according to the guidelines of the World Health Organization (2010). However, the analysis of these data in relation to the year of arrival of the candidate donors, shows a gradual reduction in the average value of progressive motility and typical sperm morphology.

Numerous international scientific studies support a diminishing trend in sperm quality over time. Informing the general public about the problem of infertility, effectuating preventive sperm analysis, as well as preventive freezing and semen cryopreservation in young men, constitute precautionary measures that may assist in early diagnosis and treatment of fertility issues and provide a more fertile future for today’s men.

According to recently published data from the Hellenic Statistical Authority (ELSTAT), the demographic problem in our country is becoming more intense, as the number of births is declining, with a steady difference from the number of deaths, mainly after 2013.

According to a study published by ELSTAT, in 2018 there was a significant difference between deaths and births, with 33,857 deaths more than births. Specifically, in 2018 86,440 births and 120,297 deaths were recorded. Of particular concern is the assessment of the future trend, which shows that by 2050 the population of Greece will be lower (8.8 million in average) and older (33% of the population being over 65 years old, compared to 20% today).

An important cause of the demographic problem is the dual phenomenon of low birth rates, combined with infertility.

The age at which the modern Greek woman becomes a mother is constantly increasing. In 2017, the average age of childbearing for Greek women was 30.3 years (from 28.8 in 2008), while the corresponding average in Europe was 29 years. 30% of births originated from women aged 30-34, while 25% were from women aged 35-39. The percentage of women who give birth after the age of 40 (5.3%) was increased, one of the highest in Europe. This increase in the age of childbearing inevitably leads to a decrease in the number of births per family, a phenomenon that is observed in all countries of the Western world.

In addition, it is estimated that in Greece, there are about 250,000-300,000 couples who are unable to have children, a number that corresponds to 18-20% of the total population. Our country is a pioneer in the field of Medically Assisted Reproduction, with international recognition in terms of applied methodology and know-how. However, success rates depend largely on the age of the infertile men and women.

In light of the above, it is evident that fertility preservation is a precautionary measure that can maximize the chances of childbearing, regardless of time. Especially for men of reproductive age, early testing and preventive semen cryopreservation creates a ‘legacy’ of genetic material that remains unaffected by time and expands the possibilities of having children whenever they decide to do so. More>> 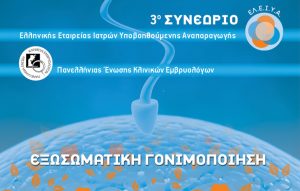 Cryogonia provided a dynamic scientific presence at the 3rd Conference of the Hellenic Association of... 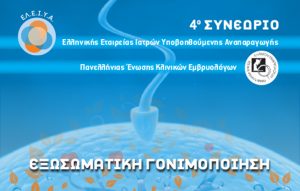 Cryogonia, always at the forefront of scientific developments, participated in the 4th Conference of the... 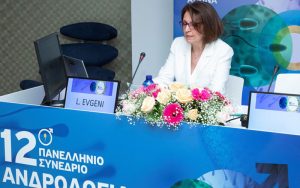 Cryogonia, always present in scientific events, participated in the 12th Panhellenic Conference of the Hellenic...

Contact us to make an appointment and discuss all your questions.

Cookies Consent Management
In order to provide you the best experience, we use technologies such as cookies to store and/or access device information. Consenting to these technologies will allow us to process data such as browsing behavior or unique identifiers on this site. Failure to consent, or withdrawal of consent, may adversely affect certain features and functionality.
Manage options Manage services Manage vendors Read more about these purposes
Προβολή προτιμήσεων
{title} {title} {title}